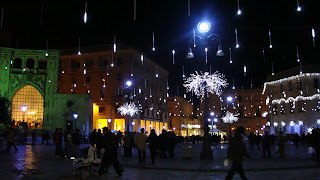 Travellers who don’t mind putting up with chilly weather could consider visiting the Puglia area of Italy during the winter, a season that offers a number of benefits for visitors, according to a tourism industry representative.Stefania Gatta, a spokeswoman for the Italian State Tourist Board, pointed out that coastal resorts in the south-eastern region will be much quieter during the colder months.’It will be easier to tour the region in winter and visit art cities such as Lecce and the Trulli area of Alberobello as there would not be many tourists there and prices would be low,’ Ms Gatta explained.’The little towns will also be decked in Christmas decoration and you can expect to eat very well at reasonable prices.’ACI Europe recently released European aviation figures showing that Brindisi airport in Puglia welcomed 50.2% more passengers in October 2010 than in the same month last year.Ms Gatta said that more people may have been catching flights to the region in this period to get some late-summer sun.

Back to sis home: http://ww.sispropertyandtourism.co.uk