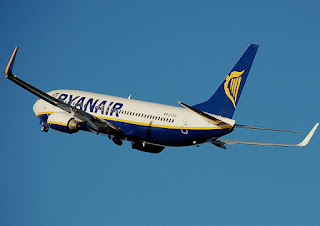 Continue the upgrading of Brindisi’s Airport. Ryanair, after connecting the Puglia’s airport to some major Italian towns such as Bologna, Pisa, Turin, Venice, Rome, Milan, and European such as London, Brussels, Barcelona, Eindhoven, have already started to take booking for the two new routes from Brindisi to Stockholm (Skavsta) and Paris (Beauvais). “I am pleased to announce that on March 28, 2011 will be operating a new route from Brindisi to Stockholm (Skavsta) – Melisa Corrigan said, Ryanair’s sales and marketing manager for Italy – The route will be double every week and we hope to handle about 30,000 passengers between the two cities in the first year. From March 27, 2011 will also be operating the new route, always from Brindisi to Paris (Beauvais). ” Brindisi-Stockholm will have two weekly flights on Friday and Tuesday: it will departs from Brindisi at 20:10 (arrival at 23:25) and from Stockholm at 9:00 (arrival at 12:25). Two flights per week also for the route Brindisi-Paris, Thursday and Sunday, it will departs from Brindisi at 7:45 (arrival at 10:25) and from Paris at 10:50 (arrival at 13:25). Salento’s tourism will welcome new tourists from Sweden and France on the summer season due to these two new routes. Great is the enthusiasm of the operators for many years working with northern European clients.
Back to SIS Property and Tourism homepage https://www.sispropertyandtourism.co.uk