Puglia one of National Geografic world’s best destination for 2014

National Geographic Traveler magazine has announced its annual Best of the World list, featuring 20 destinations plus a bonus readers’ choice destination to visit in 2014. The list reflects what’s authentic, culturally rich, sustainable and superlative in the world of travel today. The destinations are featured in the December 2013/January 2014 issue of Traveler magazine and online at travel.nationalgeographic.com/travel/best-trips-2014/.

The destinations featured in the 2014 Best of the World list are (in alphabetical order): 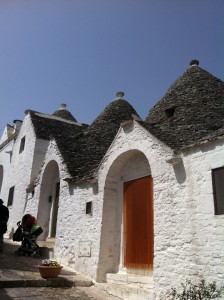 Greeks and Goths, Romans and Normans, Byzantines and Venetians: All put their feet, and flags, in the heel of Italy’s boot. There, the region of Puglia stretches a strategic 250 miles along the Adriatic Sea (and 95 miles on the Ionian), making it a key connection between Italy and Europe’s east.

Today’s conquerors? The handful of cruise lines, maybe, that recently have added Puglia’s capital of Bari, once dismissed as a den of drug dealers and pickpockets, to glamorous itineraries alongside Venice and Corfu. Or the Italians who come from the north, packing Puglia’s beach-lined Salento peninsula each July and August.

But few visit Puglia beyond its most famous seaside towns, fewer still outside of the warm months. And—as proud as they are of their region’s ancient vineyards and medieval castles, cone-roofed trulli dwellings and white-sand beaches—many locals seem surprised by tourists’ attention. “If you go to Tuscany nowadays, you have to know where to go and what to do to have an off-the-beaten-path experience,” says Antonello Losito, a Bari native and the owner of tour company Southern Visions Travel. “But Puglia is always off the beaten path.” By the time the sun sets on even the busiest summer day in Bari, cruise passengers have fled back to their buffets, and locals swell the town’s narrow streets and cobblestoned piazzas in their stead. Old men clutching canes chat in the distinctive local dialect. The scent of ragù floats through open doorways, blocked from the street only by hanging blankets. Families push strollers. Laundry flaps from windows.

Will Puglia change? Probably, someday. But not yet. For now, Puglia boasts the best of southern Italy: the pace, the traditions, the beauty. Unconquered. —Amanda Ruggeri

When to Go: Visit in October or November, when summer tourists are long gone and the olive harvest is in full swing. Celebrate Carnival season in Putignano, which hosts one of Europe’s oldest and longest pre-Lenten festivals (dating back to 1394 and beginning each year on December 26).

How to Get Around: Fly into Bari or Brindisi. Once in Puglia, travel the region aboard the national and semiprivate trains that run along the coast and into the interior.

Where to Stay: With its ancient tower and fortified whitewashed walls, upscaleMasseria Torre Coccaro appears to be more fortress than farmhouse. Set among olive groves and almond trees, the seaside boutique hotel has 39 luxurious rooms and suites appointed with antiques. Breakfast is included, and there’s an onsite cooking school and a shuttle to the nearby beach club (and the hotel’s private yacht). Tower suites have the best Adriatic Sea views, and the Orange Grove Suite (a whitewashed hideaway built inside an ancient cave) with outdoor private terrace and pool is the most secluded.

Where to Eat or Drink: Pizzeria Enzo e Ciro is a no-frills Bari favorite for its thin-crust pies baked in a traditional wood-fired oven. Eat in (if tables aren’t available, there’s a stand-up counter at the back of the restaurant) or take out a whole classic pizza topped with buffalo mozzarella, tomato, and basil. Or choose from a lengthy list of topping options, including Nutella, bacon, and housemadestracciatella, Puglia’s own rich and tangy cheese made from strands of mozzarella soaked in heavy cream.

What to Buy: Shop for traditional Salentine crafts—cartapesta (papier-mâché) figurines, marsh-reed baskets, Leccese stone carvings, and wrought-iron candlesticks—at the city-run Mostra Permanente dell’Artigianato Salentino(Consortium of Craftsman of Lecce) in Lecce and at Terrarossa in Nardò.

Cultural Tip: When in doubt, smile and say prego. The multitasking word has multiple meanings, including “You’re welcome,” in response to grazie; “You’re welcome to” or “Please do,” as an invitation to do something; “Can I help you?” or “What would you like to order?”; and “Go ahead” or “Help yourself.”

What to Read or Watch Before You Go: While not set in Puglia, E.M. Forster’sRoom With a View and Giuseppe di Lampedusa’s Leopard are timeless introductions to Italian life and culture.

Fun Fact: Alberobello in southern Puglia is the city of fanciful trulli, which are clustered in a settlement dating back to the mid-14th century. The fairytale landscape, a UNESCO World Heritage site, includes several trulli restored asvacation rentals.

Insider Tip From Amanda Ruggeri: For the best of authentic Puglia, stay at amasseria, a working farmhouse that’s traditionally been fortified against attacks by pirates or Turks (a serious local issue until the 19th century!). Bonus:Masserie that are B&Bs often also serve up home-cooked meals from their own produce.

Explore the hidden gems of Puglia on a National Geographic Expedition to southern Italy.

To see photographs and learn more about each destination, visit travel.nationalgeographic.com/travel/best-trips-2014/.