One of top 10 cities in the world… Lecce, Italy (Best in Travel 2010, Lonely Planet guide) 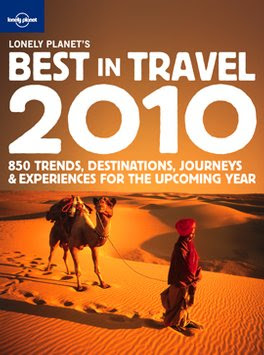 Lonely Planet is the largest travel guide book and digital media publisher in the world. It has published over 500 titles in eight different languages with annual sales of six million guidebooks as well as TV programmes, a magazine, mobile phone applications and websites.
Global travel guidebook giant, Lonely Planet this week released its Best in Travel 2010 book with 10 top travel cities and other useful information on travel in 2010. The top 10 cities were Abu Dhabi, Charleston (South Carolina), Cork (Ireland), Cuenca (Ecuador), Istanbul, Kyoto (Japan), Lecce (Italy), Sarajevo, Singapore and Vancouver (Canada).
Lecce (Puglia region, Italy): How to experience the historical, cultural and culinary wonders of Italy without endangering your finances? The answer is simple: head to the good-value south, where the cost of living is low and simple pleasures are many.Puglia is the sunbleached rural region that has only recently found its place on the tourist map, and Lecce is its most beautiful city. The pace of life here is slower than the north, the summers longer and more idyllic, wine flows more freely (fill up a bottle, gas-station style, at a local winery) and white-sand beaches are within easy reach. Lecce is a burnished, brilliant city, the gleaming prize of the Salento region – a lively, laid-back university town that seems to have been carved from solid gold.Defining experienceEating Pugliese soul food: orecchiette (pasta shaped like “little ears”), washed down with local wine, then a long snooze before spending the afternoon at a local beach, followed by dinner, then an evening passeggiata (little walk) and gelato, before dancing off the calories to a taranta (traditional folk music) band.
sources:
http://travel.uk.msn.com/inspiration/photos.aspx?cp-documentid=150694950&page=7
http://www.expatica.co.uk/news/news_focus/Iceland_-Thailand_-London-best_value-destinations_-says-travel-guide-firm_57798.html
http://www.enewswire.co.uk/2009/11/05/iceland-named-top-10-travel-destination-2010-lonely-planet/
https://www.sispropertyandtourism.co.uk